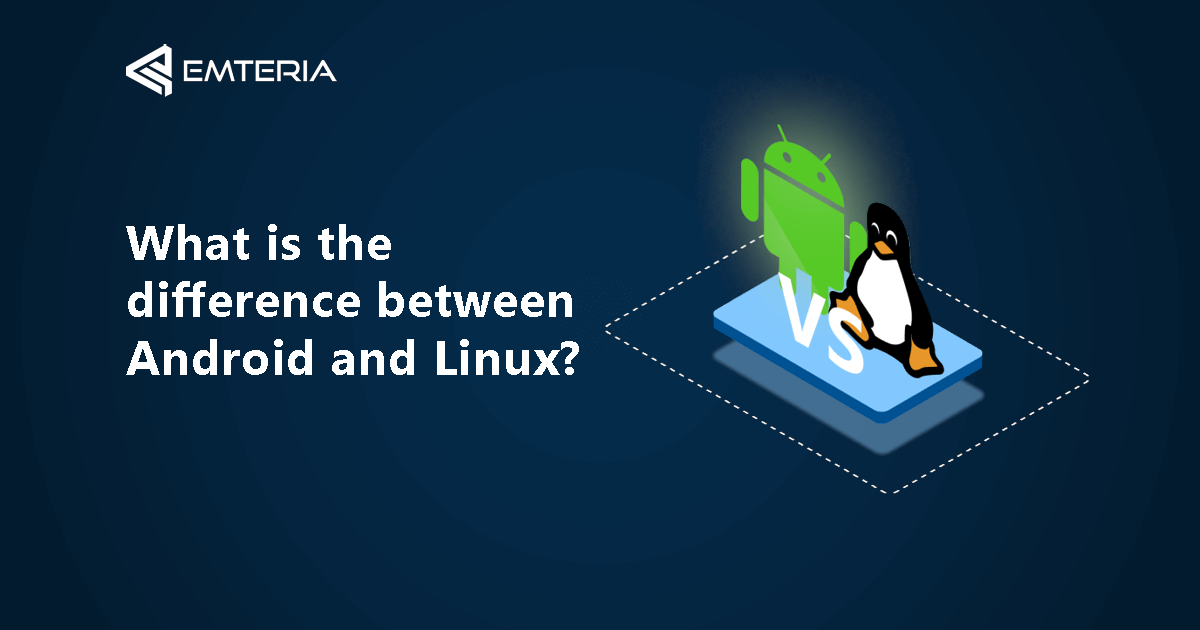 What is the difference between Android and Linux?

Android or Linux, what are the differences and advantages of the two operating systems? Let's find out by comparing them with each other.

Android OS is a mobile operating system used in tablets and smartphones, among others. The operating system is based on a Linux kernel and offers a great graphical user interface. Downloadable applications increase the functionality and complement the OS. Although the first Android presentations used a generic QWERTY phone with a large VGA screen, the operating system was developed for low-cost phones with traditional numeric keypads in mind. Android was released under the Apache v2 open source license, which allowed for the creation of several additional versions of the operating system for various strategies such as betting consoles and digital photographic cameras.

Despite the fact that Android is based on open source knowledge (AOSP - Android Open Source Project), most Android devices come with apps pre-installed, such as Google Maps, YouTube, and Gmail, which are not freely available. These apps are not part of the AOSP but can just be used with a Google Mobile Services (GMS) license.

Android was founded in 2003 by a Palo Alto-based startup company called Android Inc. The company's initial goal was to develop an operating system for digital cameras. The initial idea changed and got more advanced. Based on that, the Android Open Source Platform (AOSP) was founded. In 2005, Google offered the company no less than $50 million for Android and the acquisition of its key employees. Google praised the early mobile platform for offering manufacturers and operators important features such as flexibility and upgradeability.

The Linux kernel controls the computer hardware, as well as a set of software entitlements that cover the rest of the operating system. In addition, some essential standard components, such as the GNU tools, are included in the operating system. These applications allow users to control kernel assets, install additional software, optimize performance and security settings, and more. When most of these tools are brought together, the working system is created.

Linux has also become the largest open-source software program in the world. Amateurs and professional programmers from all over the world contribute to the Linux kernel, adding features, fixing bugs and security issues, and proposing new concepts while giving back to the community.

Differences between the Android and Linux operating systems

Currently, Android architecture supports two types of hardware architecture: x86 and ARM. For Mobile Internet Devices (MIDs), Android uses x86 architecture, while mobile phones run on the ARM platform. However, the Linux kernel supports a wider variety of architectures. But the most used is still x86 since laptop/desktop/server systems are mainly based on it.

While developing the Android operating system, a few improvements were revealed to the Linux kernel, along with an alerting driver, energy governance, Android common storage driver, kernel analyzer, and logger. Several enhancements were made on top of the plain Linux kernel.

To meet the needs of library routines, most Linux distributions employ the GNU C library. The Android operating system comes with its own C library called Bionic, which enables fast execution routes and avoids edge cases. The library incorporates stuff from the C BSD library and Android's source code. Furthermore, unlike a Java virtual machine, which employs Java byte code, Android, Inc. has developed its own Dalvik Virtual Machine.

Another flash file system is the storage medium used by Android (YAFFS). Because of the limited storage space in mobile devices, flash memory is used. Traditional hard disks have a slower read access time and are less resistant to kinetic shocks than flash memory. NAND flash is the type of flash utilized in Android. Instead of flash memory, a conventional Linux system used to employ magnetic disks. Ext3 is the most widely used file system in a standard Linux system. In contrast to the Advanced Power Management (APM) or Advanced Configuration and Power Interface (ACPI) capabilities used on Linux, the power waste reduction in Android devices is handled by Linux Power Manager.

Android uses the Dalvik virtual machine to execute its applications, while several prominent mobile developers operate JVM. Linux, on the other hand, does not accept any virtual machines for execution. Android has been released under the Apache v2 open source license, which has allowed the creation of several additional versions of the operating system for different strategies such as competition consoles and digital still cameras.

In this article you have learned the differences between the Android operating system and the Linux operating system, their features and functionalities.
Back to Learning Center Are you among the skyrocketing number of Android users who constantly worry about their privacy? ...
Read article